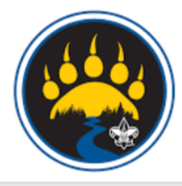 Register for the Scouting year

On February 20th the Troop celebrated its 75th Anniversary at the annual Baden-Powell Dinner.   This was a special evening.   More than 140 people attended.

Guests included former scouts, former leaders and the Mayor of West U. Memorabilia related to camping, advancement, Eagle Scouts and troop history was displayed.   A few photos from the evening are posted here.  One of the pictures is of 13 Eagle Scouts from Troop 266.   We believe this is the most Troop 266 Eagles ever in one photo.  There is also a photo of 24 Eagle Scouts who attended the function.  A video produced by Surya Ramakrishnan commemorates 75 years of scouting in Troop 266 can be seen by clicking HERE   The video was shown at the dinner.

75 years is a long time.  This was a rare and special milestone for Troop 266.